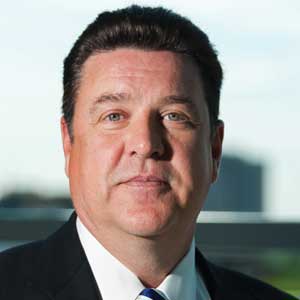 Around half of UK business leaders surveyed in recent research said their organisations didn’t have crisis response plans in place. That’s a startling statistic when you consider that more than three quarters of respondents (78 percent) said their organisations had experienced a crisis in the past 18 months that had impacted customers, with the most frequent crises experienced including data breach of consumer information (78 percent), product recall (76 percent), cyber-attack (74 percent ) and ransomware attack (73 percent).

These are among the findings of independent research carried out on behalf of Experian into crisis preparedness, response and recovery. 500 senior business leaders and more than 2,000 members of the public were surveyed about their experiences of crises over the preceding 18 months.

That was a period in which COVID-19 transformed the way many organisations operate, and accelerated the switch to remote working and a digitally led economy. It exposed businesses to new risks, and propelled risk management to the top of the boardroom agenda.

In our research, we wanted to find out how organisations adapted in this environment to improve their resilience, how they were organising their resources to better respond to future crises, and how they were mitigating impacts on consumers.

Facing up to the risks and costs

Firstly, our findings confirm that the risks to organisations are very real, and are well recognised by business leaders. All organisations surveyed (100 percent) felt they were at risk of crisis within the next 18 months. Among the greatest concerns were cyber-attacks, health emergencies, ransomware attacks and IT system failures.

If a crisis did occur, leaders identified some of the things they were most worried about. These included the financial impact and high cost to the business (39 percent of respondents), complaints or legal action due to a poor response (36 percent) and the negative impact on customers if the crisis was handled badly (29 percent).

The financial costs of failing to prepare for or respond well to a crisis are significant. Survey respondents in businesses with a turnover of £1m- £9.99m thought it would cost 36 percent of turnover. That equates, on average, to a cost of £1.97m . In businesses with a turnover of £50m-£99.99m, leaders thought it would cost 43% of turnover, which equates to an average cost of £32.24m .

However, there were high levels of confidence among leaders in their organisations’ ability to deal effectively with a crisis. More than 70% said they were confident. But our survey findings suggest this confidence may be misplaced. Only around half of respondents had a crisis response plan (50 percent) in place, a budget allocated to crisis response (49 percent) or carried out regular risk audits (45 percent).

Until a crisis strikes, it’s difficult for leaders to comprehend the level of costs and resources required to respond effectively, and the extent of communication and resource management needed to minimise impacts. A swift and targeted response is the key to minimising the financial, reputational and emotional damage caused. That’s why it is so important to recognise any gaps in advance and plan in advance to minimise damage.

There is also uncertainty about who within the business is responsible for crisis response planning. Almost half of respondents (41 percent) felt it was the responsibility of the IT department. But when you consider the wide-ranging impacts of a crisis on every part of the business, and the resources required to respond effectively, it’s clear that an effective response will demand expertise beyond the IT team, including legal, C-suite, communications, customer service and other departments.

The survey also looked at the benefits to businesses of an efficient crisis response. The leaders surveyed acknowledged the potential positive outcomes of an effective response. Almost half (46 percent) felt that a positive response would lead to increased customers and business, while 43 percent identified avoiding reputational damage as a key benefit.

The findings of our consumer survey backed up these assertions. When asked how they would react if an organisation they dealt with handled a crisis positively, consumers surveyed said it would encourage them to continue being a customer (46 percent of respondents), to think favourably of the organisation (43 percent), to recommend it to others (23 percent), and to post about their experience on social media (16 percent).

It’s clear that planning a consumer crisis response properly in advance brings many benefits to a business and its customers, and could ultimately be the difference between survival and failure. 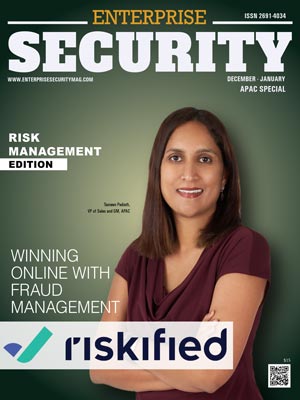 Improve Diversity and Cybersecurity Hiring in One Fell Swoop

Businesses at Risk: Survey Exposes Gaps in Crisis Readiness among...

Ingredients for Success in Transformation

The Hidden Risks of Work From Anywhere

However, if you would like to share the information in this article, you may use the link below: